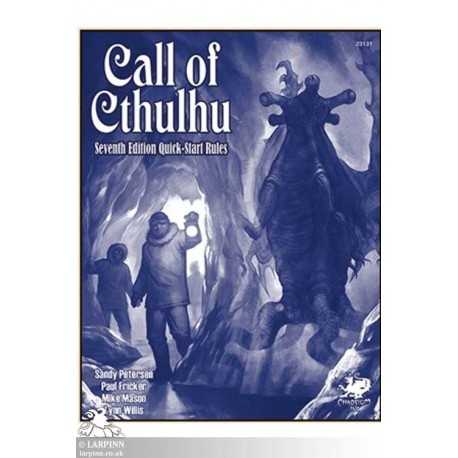 
This book comprises a complete basic roleplaying game system, a framework of rules aimed at allowing players to enact a sort of improvisational radio theatre—only without microphones—and with dice determining whether the characters succeed or fail at what they attempt to do. In roleplaying games, one player takes on the role of the gamemaster (or Keeper, in Call of Cthulhu), while the other player(s) assume the roles of player characters (investigators, in Call of Cthulhu) in the game. The gamemaster also acts out the roles of characters who aren’t being guided by players: these are called non-player characters (NPCs).